Have you ever wanted to know which of your invited guests to an event actually donated and which ones did not? Ideally, you could look at the Campaign Member Status to find out who was invited and who donated. You can update the Campaign Member Status manually but who has time for that? Instead, you can use Process Builder and Flow to automate this process. Next time a donation is entered along with a Primary Campaign, the donor’s status will automatically change to “Donated” for that Campaign. And, if the donor isn’t a Campaign Member already, the donor will be added to the Campaign with the status of “Donated.”

With Process Builder and Flow, this can now be done declaratively in a few relatively easy steps. First we build a Flow that creates or updates the Campaign Member status to “Donated.” Then we create a Process Builder that calls the flow when a donation/Opportunity is Won.

Here’s the overview of the Flow: 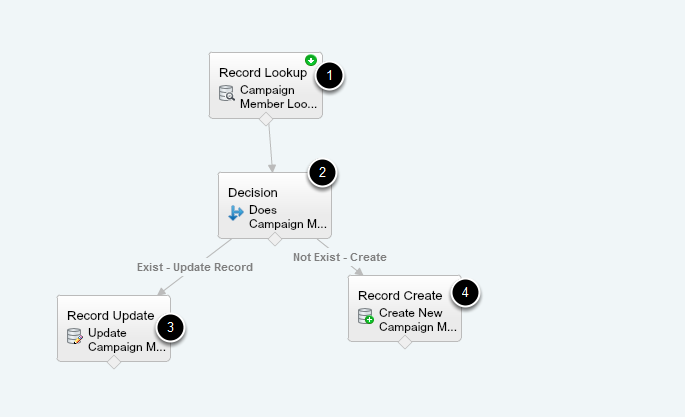 The details of each of these elements is shown below.

In the Record Lookup, you will add Variables for CampaignID, ContactID. and CampaignMemberID. Here you will see adding the CampaignID. 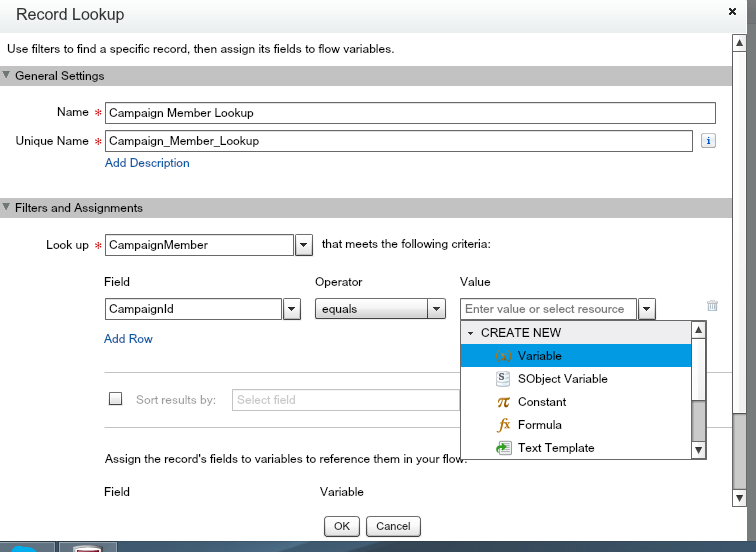 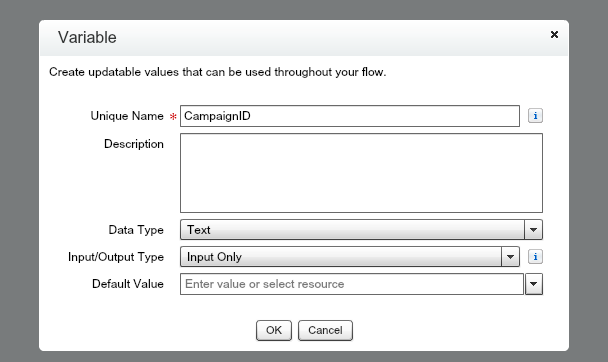 Here is the view of the Record Lookup when it is complete with all three variables added: 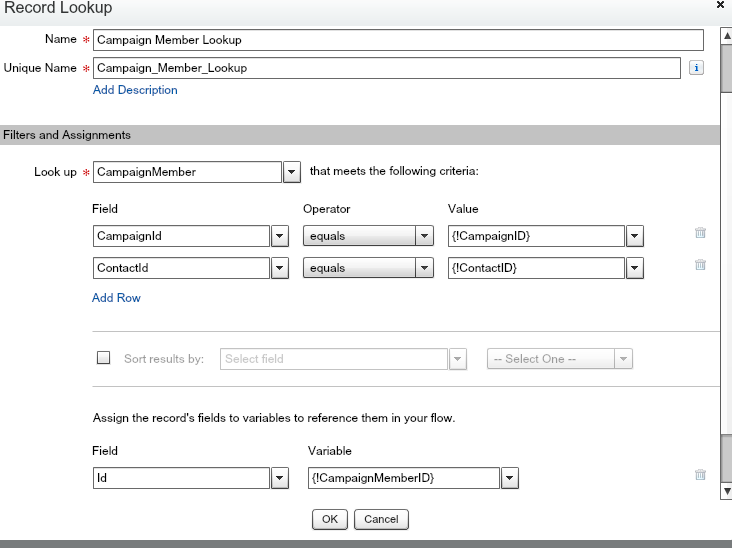 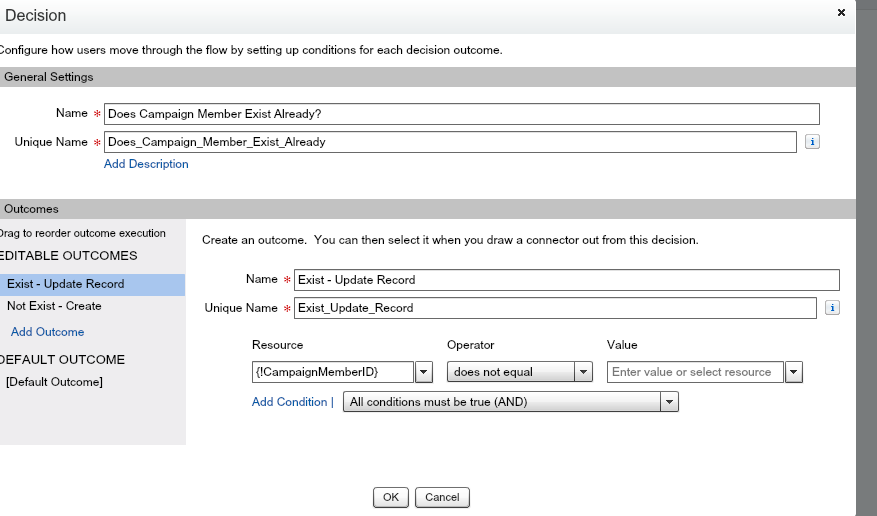 Step 3: The Update to Campaign Member 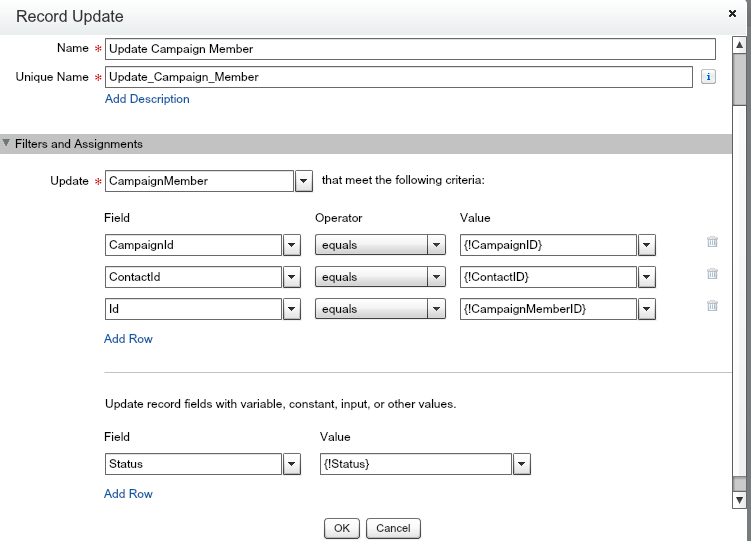 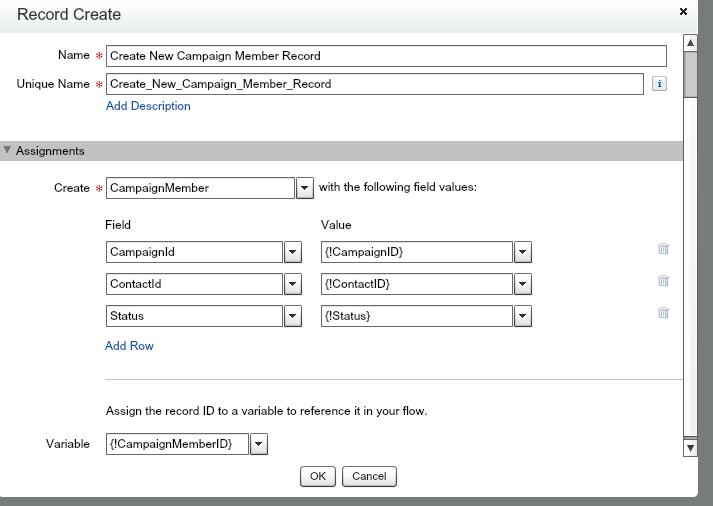 Next, we create a Process Builder to execute the Flow.

The Overview of the Process Builder 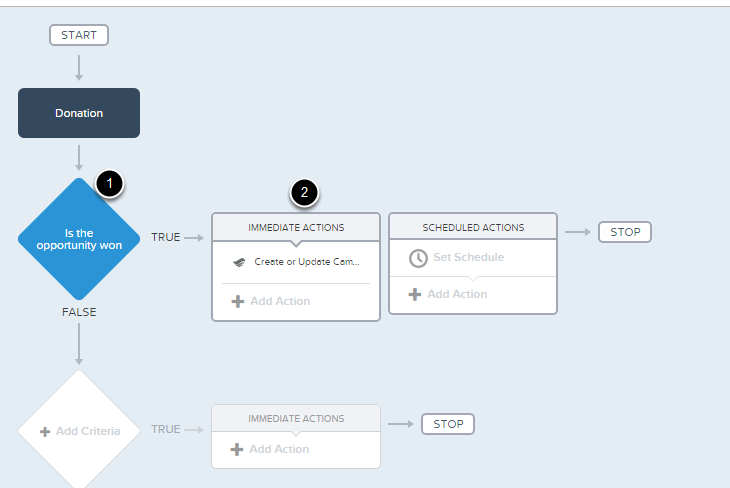 It is fired when the Donation (Opportunity) is created or edited.

Because we have two stages we need to have customized logic (1 or 2) and 3 and 4:

In this step we are passing to the Flow the CampaignId, ContactID and the Status of “Donated:” 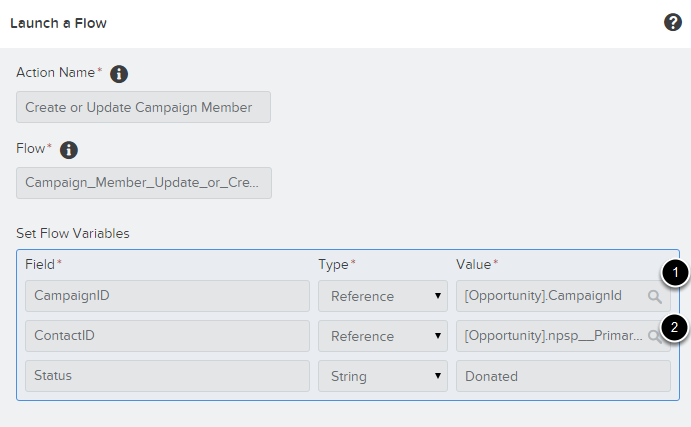 The result: what happens in Salesforce

Before any donation is entered, the campaign members look like this: 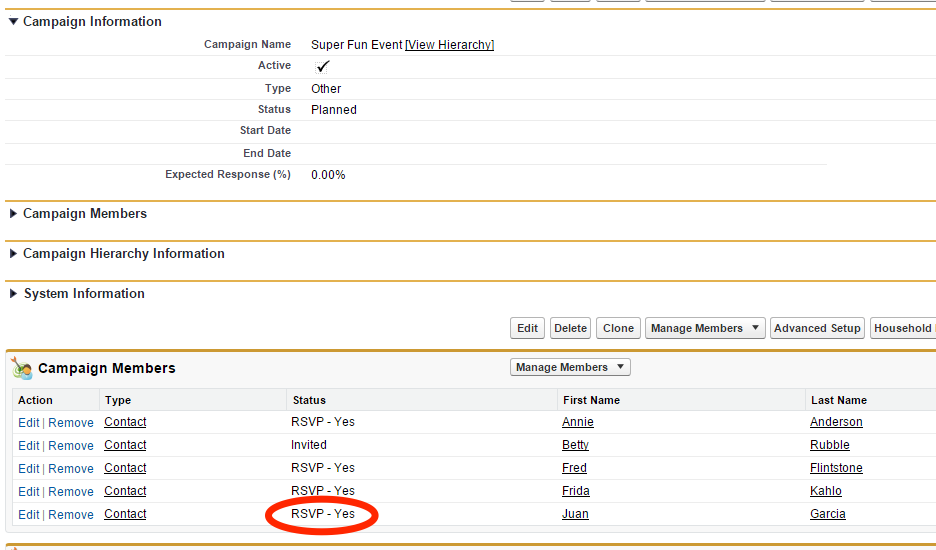 After the opportunity is saved, his campaign member status has changed: 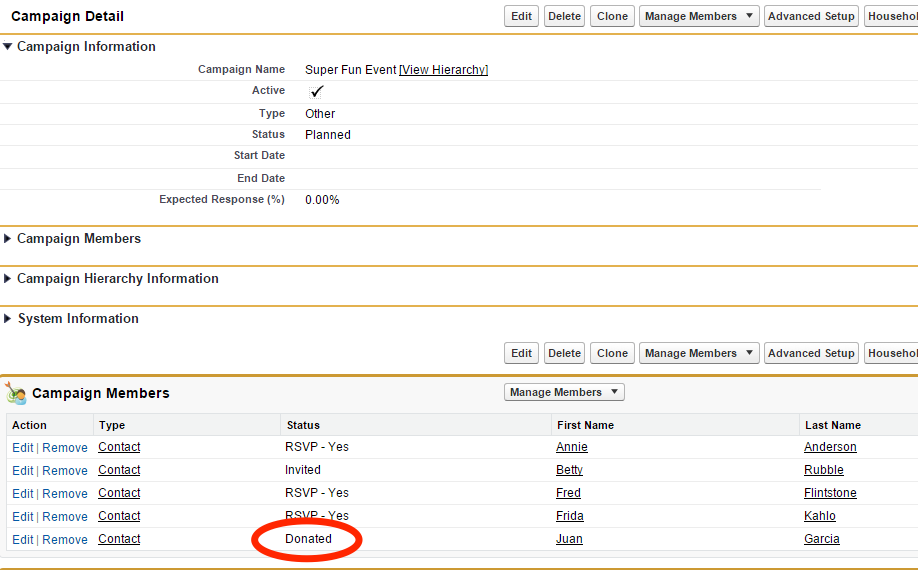 That’s it.  Now when an opportunity is created or edited to meet the criteria, a campaign member is either updated or added for the contact.

Update: Thanks to a team at the Seattle NPSP Sprint in October 2015, this functionality is now included in Nonprofit Starter Pack v3.